Happy birthday to me!

Yesterday was my birthday. I'm a grand old 27 years old!

(Que groans from those thinking.."That's not old!")

It was one of the best I had ever had, not because of the surprise balloons and cake at work, or the sweet letters in the mail, or the over-100 birthday wishes online...but because we have been keeping a secret... 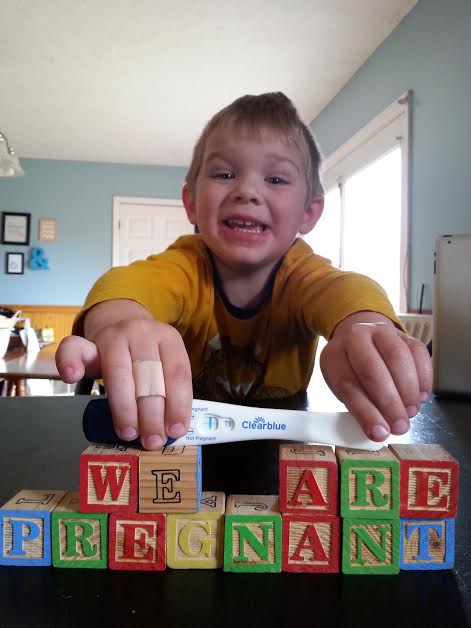 I had a feeling, pretty much from the very beginning that I was pregnant, but where we have been trying for over a year, I didn't want to get my hopes up.

When I took the first home test and it said positive...I didn't really believe it. I did, but I also would not have been surprised if it was a mistake. So I didn't get excited.

A week later when I got the medically official test from the health department, I still wasn't excited. I was happy! But still...not getting my hopes up because in my mind I was saying "what if there's nothing really in there?".

A week after that I had my first doctor's appointment, just to make sure. I found a wonderful new office in Beckley that made me feel right at home. The midwife was a dream come true...she listened as I told her all about Corbin, then promptly made notes to schedule a fetal echo to check the heart and all the screenings and genetic tests to put my mind at ease.

Then she tried to find the heartbeat...

She didn't find it at first, but when she tried a different approach..there it was...a clear as a bell and as strong as I was praying for!
Heartbeat

We couldn't be happier!

We spent 3.5 hours making an announcement video only to have it rejected by youtube and facebook (boo) for a copyrighted song, but I love the video the way it is and I'm not changing the song, so as soon as I figure out how to share it...