I met my husband in August of 2008, we were married in October of that year. February of 2010, Monkey came along and it was the best moment of my life. I never knew how much I wanted a child until I had him. I would sit and stare at him and just feel completely overwhelmed by my love for him. He grew too fast into a handsome toddler who loves to climb, play outdoors, and sneak treats from Papaw.

February of 2011, Peanut arrived. I prayed for a girl, but I was blessed with another little boy. I knew it would be hard, having two under two but I was prepared (as I could be). When we found out he had serious heart defects, I was heart broken. I felt like I had done something wrong, that somehow me wishing for a girl had broken him. I felt guilt like no other. I spent a glorious two days at home with him before he was rushed to the ER after an echocardiogram showed an interruption in his aortic arch. He was then sent almost 4 hours away from home to the Children's Hospital in Morgantown.

I stayed at the Ronald McDonald house while Peanut remained at ICU status in the PICU. He had one heart surgery to place a jump graft around his aorta, one procedure to tighten the clamp on his pulmonary artery, a heart catheterization, dozens of echos, almost a hundred xrays, hundreds of medications, and the scars to prove it. He had his third surgery May 15th to finish an operation to attach a tube graft from his pulmonary to his aorta.
Two days later his heart stopped. The doctors couldn't get him back, God had taken him.

This is our story. It may make your smile, cry, or laugh, but it's all true.

Update: Three years after Corbin was born, we were blessed with a rainbow baby! A baby conceived after losing a child, and our first girl. Two years later we welcomed another baby boy and guess what...he has the same birthday as our first son, which happens to be the day before Corbin's birthday. That is three boys born on the same two days (of the same month!).

During my pregnancy with our rainbow, I enrolled in school for ultrasound. She was born a few months before I started classes, and her baby brother was born during the last semester of my schooling. I now work at a hospital doing ultrasound.

Thanks for stopping by and God bless. 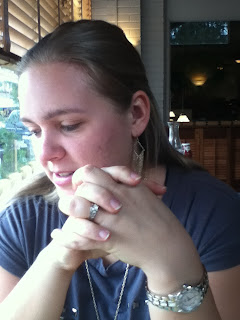 Email ThisBlogThis!Share to TwitterShare to FacebookShare to Pinterest
About the author
2019-04-17T12:28:00-04:00
TheCorbinStory
Home
Subscribe to: Posts (Atom)