Six months ago today, my world was rocked into a different universe.

Six months ago today, my family went from four to three.

Corbin Walker was born after a full term, "normal" pregnancy. There were no signs of any problems during pregnancy nor after birth.
I seemed to be the only one, besides my mother, worried about his heavy breathing. "My first born never did it; it's not normal" I told the doctors. But they said it was nothing to worry about, "it's a newborn thing."
I was also stunned by his low birth weight. After having a 9 pound, 4 ounce firstborn, a tiny little 6 pound, 14 ounce baby looked like a doll. A tiny, red, wrinkled doll. Not to mention his incredibly awful jaundice. They said it was "normal" and he should clear up after a few days of nursing.
Little did I know, these were three crucial signs of the very serious problems he had.

Thankfully, Corbin did present one sign the doctors could not ignore. His heart murmur.

We were sent for an echocardiogram (an ultrasound of the heart) a couple days later. There wasn't a cardiologist present, but only a technician. She told she could see holes in his heart. We weren't given any other details, we were not told how they would be fixed or what we should do about it. We were told to wait another two days before we could talk to a cardiologist.

Not an easy night for two parents.

That Friday we finally met with a cardiologist and he was able to get a full look at Corbin's heart.
"You need to go to the ER immediately. He should have died when the umbilical cord was cut."
The next couple hours were only the beginning of a very long and hard journey. 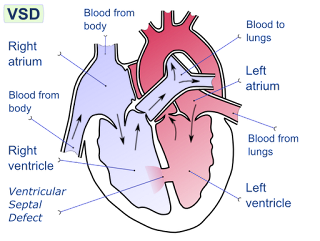 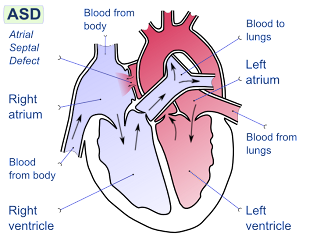 Notice the red blood mixes with the blue blood which is basically blood that needs oxygen is mixing with blood that already has oxygen.

Simply put: the plumbing is all wrong.


The large red artery at the top of the heart is the aortic arch.

Corbin's aorta was nearly blocked off. His blockage was downstream of the three veins at the top of the image.

We were told it could completely close at any second.

I will make a very long story short by saying Corbin spent the next 81 days in the hospital. He underwent three heart surgeries, one heart catherization, and countless xrays, EKGs, blood tests, and echos. His diagnoses expanded into multiple other heart defects, heart rhythm issues, and one genetic disorder called Williams Syndrome. This disorder was the cause of all his heart problems.
The doctors began to think he had WS after his first heart surgery when they could actually look at his heart and they saw his veins were thicker then normal. One test, and two weeks later, it was confirmed.

It was two days after his third heart surgery. He was having a hard time recovering and the surgery was too much on him. The doctors had given me "the talk" earlier, they wanted to make sure I understood that he may not make it. I refused to accept their worries. I was confident and hopeful.
But in my heart, I knew he wouldn't make it.
That sounds awful but it's true. I knew. I knew we would never bring him home. I knew we wouldn't use the new bassinet we had just picked up. I knew we wouldn't need all the baby boy clothes from the Ronald McDonald house.
I knew.

But his death is not in vain.

After he died, I decided to do something about it. I buried my child, but I wanted to prevent other mothers from going through what my family did.
A woman named Kristine wrote a powerful story called Cora's Story, in it she talked about a test called Pulse Oximetry. From her blog I learned about the cheap, painless, and live saving test called Pulse Ox. It helps detect heart defects by measuring the percentage of oxygen in the blood. Most heart defects mess with the oxygen saturation within the blood so it is quite effective.
Something you also need to know: heart defects are the number one defect in newborns. It affects one in one hundred babies.
Not one in ten thousand; ONE in 100.
Kristine had worked so hard that she had gotten a bill passed in her state of Indiana making it mandatory for every newborn to be tested for heart defects with Pulse Ox.
I was inspired.
I could do that.

Since then, I have teamed with two other heart moms and we have made it our mission to spread pulse ox and heart defect awareness. We hope to have a bill passed within the next 5 years. We have gotten the full support of the American Heart Association and are working closely with them to get this bill passed.

But we can't do it alone. We need your help. We need you, the public, to show these politicians that we are not the only ones who care about newborns, heart defects, and pulse ox. We are asking everyone to sign up at You're The Cure to stay update on our progress, and when the time comes, to send emails to our legislators showing your support!
Together, we can do this.
Together, we can save lives.

You can reach her at: thecorbinstory@aol.com
or at: corbinsheart via Twitter.

Thank you for reading and please, help us save the lives of newborns! 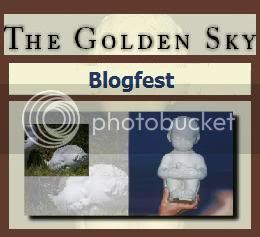 That will be you

I haven't been posting as much as I should. It helps me through this hard journey, but lately, I have been avoiding it. But today I came across a link to Faces of Loss sharing a story of a mother's loss and I understood. I related to what she was saying and I feel like I should share my story here.

It was before Corbin's last heart surgery. I was sitting in the living room of the Ronald McDonald house. I remember one of the staff came up to me and explained one of the couples had just lost their son. The couple was standing in the kitchen, saying their goodbyes to friends and the staff. I looked at them with pity, but no understanding. I remember the look of pain on the mother's face. The tears running down her face. Her son was five months old and had spent his entire life in the hospital. He had never once been home and his mother had never gotten to hold him.
That day she did.
The first time she got to hold her son, he was dead.

I remember looking at them, feeling pity and sorrow in my heart, hoping that would never be me.
"That will be you" I heard.
It was the voice of God telling me that I would soon be that mother. I would soon lose my son.

I ignored the voice. I brushed it aside, saying "No, he will make it".

But I knew. Deep down inside that I would be that mother. I knew that Corbin was never going to come home. God was preparing me for what was to come. I truly believe that.
It didn't make the pain any less, or the journey any easier. But it took the shock away.

In a way, I'm thankful for the feeling I had. That doesn't mean it hurts any less. That doesn't mean I don't miss my son every single second of the day. I would love to go back to the day we brought him home and live in that moment forever.
February 23rd. The best day we had together.

I don't know why I heard that voice. I don't know why I was given the feeling that he would never come home. But it helped me prepare, and for that I'm thankful.
Posted by TheCorbinStory at Wednesday, November 02, 2011
That will be you
2011-11-02T12:31:00-04:00
TheCorbinStory
child loss|memories|story|
Comments