One year anniversary in DC: Part one

Now that I finally have two hours to myself while the Monkey sleeps, I can tell you about my trip to DC!

I left my house at around 1pm Wednesday in order to make it early to the airport, but when I get there, I see there was really no need as it is the tiniest airport I've ever been to. 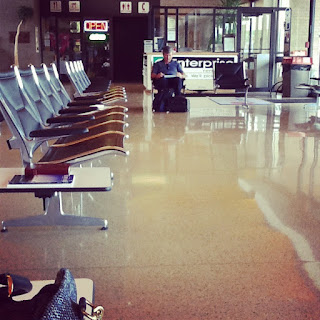 There is only two other passengers flying out with me on yet another tiny "puddle jumper", as I like to call them. 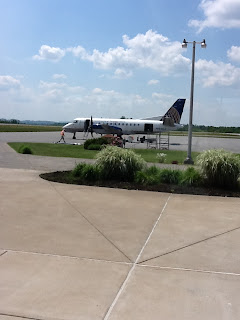 We turn around, they kick all of us off the plane and we wait while a technician comes to check out the engine. 45 minutes later, a woman comes to tell us that they are rescheduling our flights and finding other modes of transportation for the rest of us. 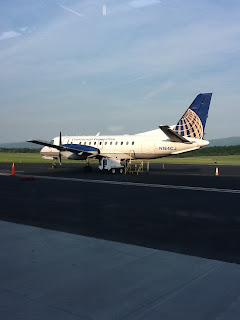 It seems most of the passengers are all trying to catch an international flight so they are all priority. Some are taken on a bus to another airport to catch a flight to DC, some cancel flights, some go home, and the rest of us wait on a bus to drive us the rest of the way to DC. (see the broken plane>>)

Three hours later our bus shows up. At this point, I am so ready to be on the road; the airport I have been sitting in for the past 4 hours only had a vending machine, that only accepted change, as a choice for food and drinks. Thank God they had free wireless or I would have walked to DC.
Anyway, the bus shows up and it's not just any bus, it's a party bus. Ha! We waited three hours for a party bus!? This is priceless. This thing is loaded with TV's, lights, a cooler, and giant couch sized seats, that were in fact, very comfortable. 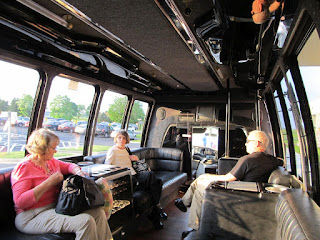 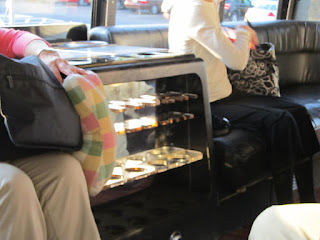 The only thing it was missing was the alcohol. 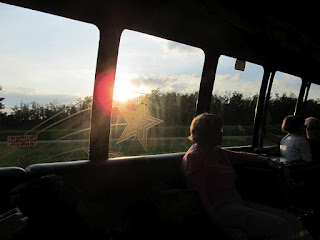 The drive to DC isn't bad, in fact, the country side in Shenandoah county is gorgeous. I listen to music, fail multiple times at trying to nap, and try to enjoy the ride. By the time we get to DC, it's around 10pm, a full 9 hours after I left my house. I find out later it only takes 5 hours to drive from my house to DC. *facepalm*. 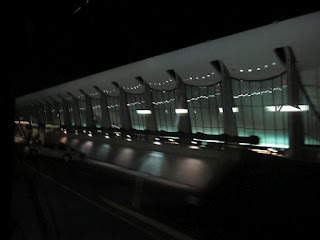 I now have to catch a super shuttle from the airport to my hotel. I stop first to get some dinner, then wander around like a tourist till I find the shuttle desk. After a short wait, the bus shows up; after we pick up two more passengers, we are on our way. 45 minutes later I finally make it to my hotel! It only took me 10 hours to make it from my house to Alexandria, Va. Oi.

The next morning when I wake up, it takes a second for me to remember where I am, then I just smile. I will never get used to this feeling; that feeling I get when I think about all the places and all the people I have met because of Corbin.
Amazing.

Once I get downstairs, I'm finally able to meet the people who I've been talking to over the phone for the past 5 months! We introduce ourselves, then head into the meeting. 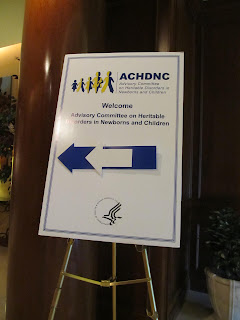 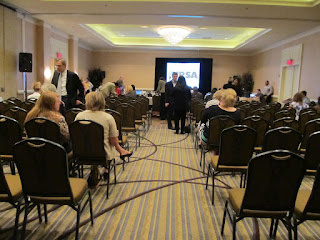 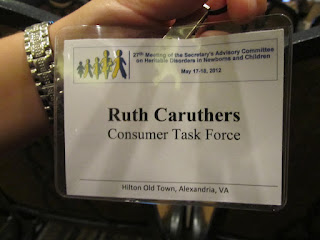 The meeting is long and very detailed; we are basically an audience to an actual discussion where the committee can vote on diseases/disorders to add the the newborn screening panel. The panel is made up of doctors and members of organizations that are concerned with newborn health, genetics, and heritable diseases. The full list can be found here.
The full name of the meeting you can see in the photo: the Secretary's Advisory Committee on Heritable Disorders in Newborns and Children. This committee advises the secretary of Health and Human Resources, Kathleen Sebelius. She also took the committee's advice to recommend pulse oximetry testing to be added to the newborn screening panel. This does not make it mandatory, but is a nationwide suggestion. This was something, I believe, that helped us get Corbin's bill passed.

At one point in the meeting, they allow for public comments, or comments from the audience. Those of us in the Work Force wrote up a group comment to say in three pieces.


There was also a family that stood up to tell their heartbreaking story of having three children with MPS1, a genetic disorder that causes a deficiency in a certain enzyme and occurs in about 1 in 100,000 births. Sadly, most children die before age 10. Their story moved the whole room; watching the father tell their story while his wife and two daughters stood behind him.

After the public comment, we broke for lunch and I finally got to meet two of the greatest advocates for pulse ox, Kristine McCormick and Annamarie Saarinen. 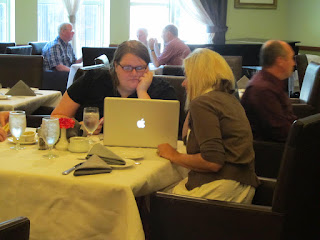 Here they are being awesome, while I take pictures like the paparazzi. :D

I also got a chance to sit with my fellow Work Force members and get to know them better. 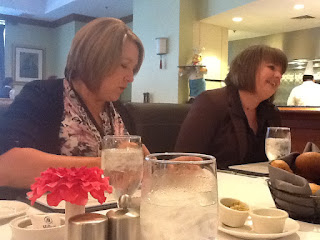 Amanda on the left came to the Work Force from Nebraska, after her son failed his newborn hearing test and she struggled to find out if he had true hearing loss or not, resulting in unnecessary speech delay.
Julie (Ohio), on the right, became interested in newborn screening after her newborn daughter died unexpectedly from an undiagnosed genetic condition, that they still have no true diagnosis for. 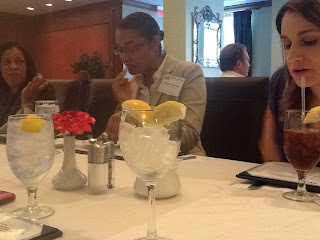 Kristi (Texas), on the right, is actively involved in newborn screening and lives it every day with her daughter. Her daughter struggles with symptoms of a disease that they have not yet found a diagnosis for. Since they don't know what it is they don't know what to test for, and that is something Kristi wants to change. They are currently suspecting a mitochondrial disease. 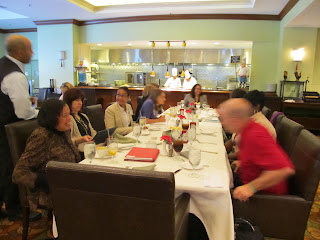 Willa (Pennsylvania) on the bottom left, is a nurse that has been awarded funding to study and help African American mothers with depression, stress, and anxiety. She has participated in many studies since 1991 that focused on the health of cocaine exposed newborns. 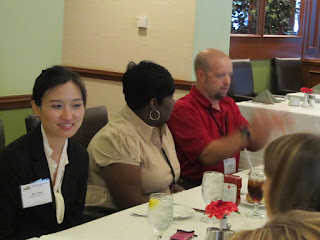 Bill (Texas) on the far right, is very involved in newborn screening after the death of his son Greyson, who passed from Krabbe Disease just 6 days shy of his first birthday. Bill and his family went on to get a law passed that took Texas from screening for 27 disordes, to a rocking 52, among many other things I could not explain correctly in this post (please visit here to learn more).
Stacy (Tennessee) in the middle, has been involved most of her life as her sister has a form of sickle cell disease, she herself is a carrier, as is her son. Stacy has been very involved as a nurse, she launched a pilot study to come up with a newborn screening module to help nurses with the screening process.
Finally, Kee (Tennessee) on the left comes with a scientific mind hoping to study more about newborn screening. She herself helped develop a test to screen for SCID, a inherited disorder that compromises the immune system (it's much more complicated then that, please follow the link to learn more).
Finally, there is team member Mark, (not pictured) who I got to meet very briefly over dinner, and whose resume is very impressive. His experience with his son's diagnosis of Congenital Adrenal Hyperplasia motivated him to help expand the newborn screening panel in DC to the most expansive in the country. Please read his bio as I am just in awe of what he has gotten accomplished and I felt very humbled to have met such an advocate.
Lastly, there is team member Chantel, who I didn't get to meet as her son was sick and she could not make the meeting. She is involved as a nurse and as a mother of a boy with cystic fibrosis. She advocates daily, educating parents about newborn screening and the importance of being involved with the follow up after the test.