To continue part one, later that evening before we broke for dinner, the entire Work Force, plus Kristine, came with me to release balloons for Corbin's one year anniversary of his passing. When I originally signed up for this trip, it never registered that I would be here on this anniversary, but once it actually came to the day, I was grateful to have such amazing newborn health advocates there with me. It was also incredibly bittersweet to have three other angel parents there who understood. I hate that I wasn't home with my family or able to visit Corbin's grave but Husband and Monkey made sure to send me pictures. 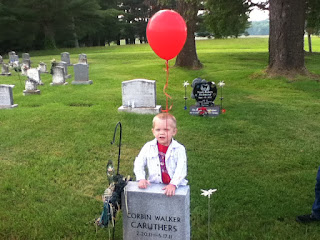 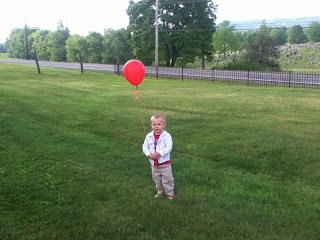 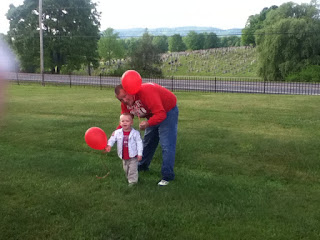 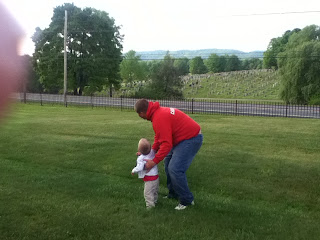 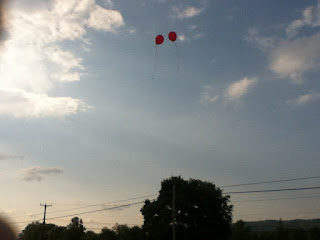 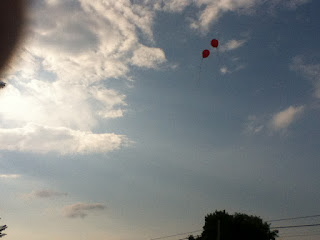 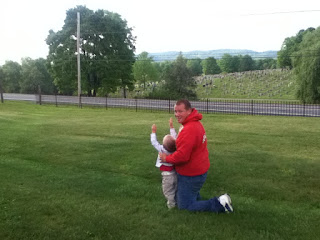 Elizabeth, who works for Genetic Alliance, was a total sweetheart and got a giant bunch of red balloons for me. Me and Kristine were searching up local florists and calculating how far they were and how long it would take to walk; I'm so thankful she took care of that for me. (Thank you Elizabeth!) 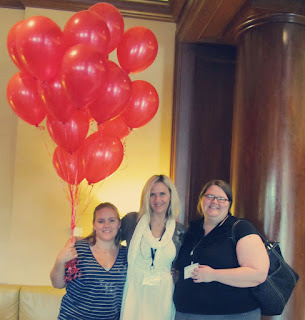 Here I am with Annamarie and Kristen before the balloon release.

We step outside the hotel to a small garden area right in the middle of the intersection to release the balloons.. 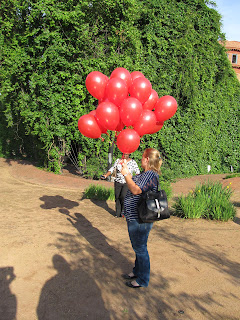 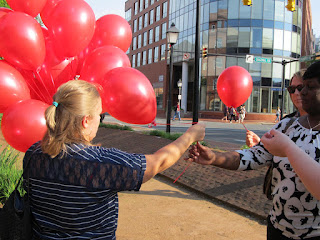 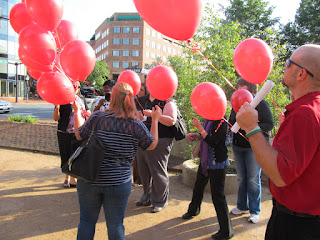 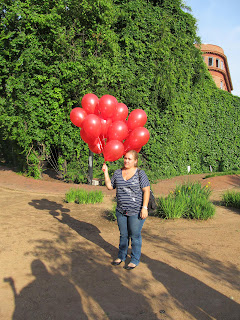 I try to muster up something to say..but nothing comes out. I only look around at all the amazing people surrounding me and be so touched by their kindness in this moment. As soon as I look as Kristine, I start crying. She runs over and gives me a big hug; I can only cry... 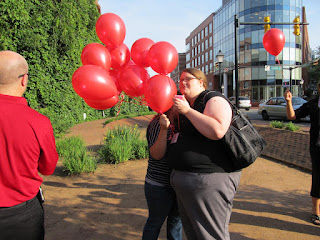 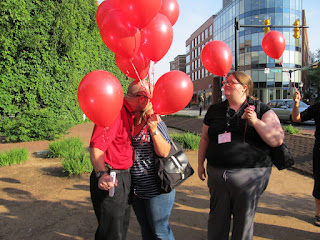 and Bill does the same. It was nice to have them there, in that moment. It really made me so proud to be Corbin's mama and I was blessed share that moment with them. 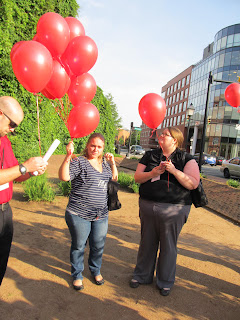 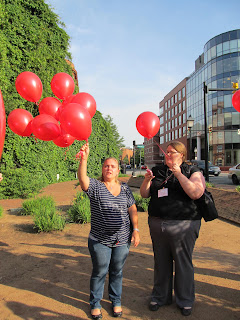 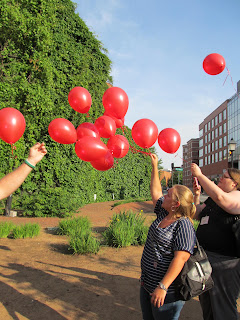 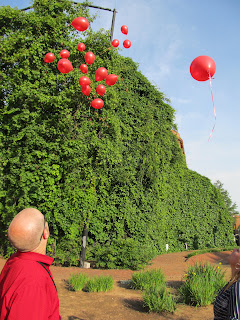 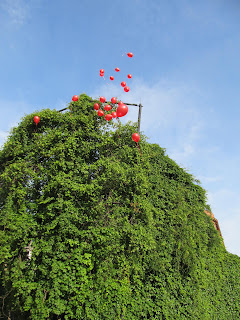 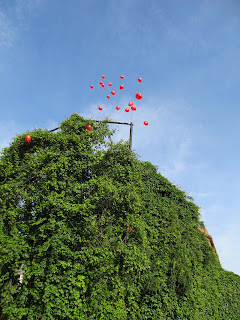 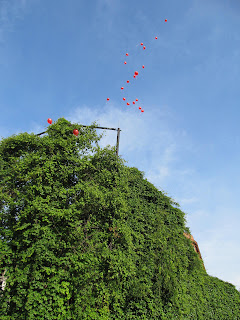 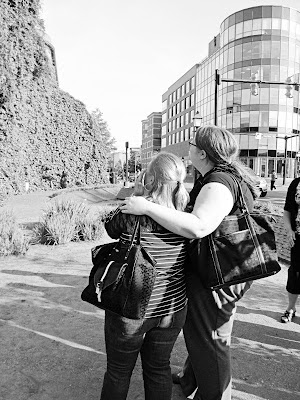 My new favorite picture, this is going up on the memorial wall.

After wiping the tears and a few more hugs, we went on to dinner. Here we were all finally able to meet Mark and discuss out projects for Baby's First Test. As part of our agreement with Baby's First Test, we all have to come up with some sort of project to do in our area, some way to spread awareness about newborn screening. We went around the table, speaking about our ideas, and bouncing tips and suggestions around the table. It was incredibly inspiring to hear the great ideas, to see the passion, and to feel the emotion from every person around that table. You could just see the excitement in the air as these passionate advocates spoke about their ways to help save lives.

After dinner a few of us had a beer, talked about our children, and how we got involved in the Work Force. Then it was off to bed.
Friday's meeting went by fast as I had to leave at about 2:30 to catch my super shuttle to the airport. They pick you up hours early to make sure you don't miss your flight. It's a good thing too, because I got there an hour and half early, yet with Dulles being so gigantic (you can't tell though because it's all underground), I only had 20 minutes of downtime. 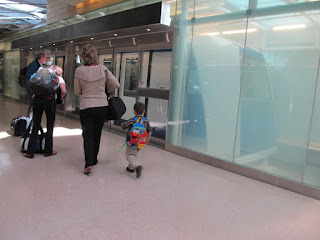 When you first walk into the airport, it doesn't seem that big. The wait for self check in flowed pretty quickly, but once you get downstairs to the security check it is Hell. I actually got patted down. UGH. I went through this huge scanner thing where I had to put my hands on my head and spread my legs. Once I got through, the security lady told me she would have to "sweep" under my bust. I knew why she was checking, damn wire bras, but it was very annoying none the less. And on top of that she checked my hands with some kind of wipe test. I just want to go home people! I don't have time to doing anything sketchy. Geez.
This photo is of the SUBWAY you have to take to get to your terminal. First time ever that I've had to do that!
The flight back to Staunton was uneventful, then a FOUR hour layover (ugh), then back to Beckley, then a drive home. I left the hotel around 3 and got home a little after midnight. Again I could have drove home faster.

I can't remember exactly when I took these, but here are some extra pictures. 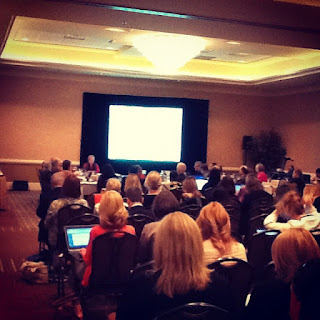 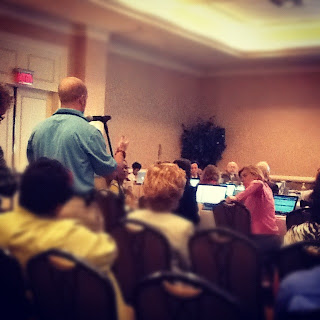 Bill speaking about his son, Grayson. 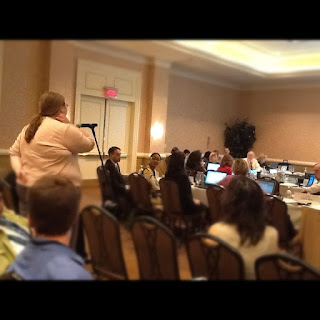 Kristine talking about Cora. It was so great to see her speak in person! 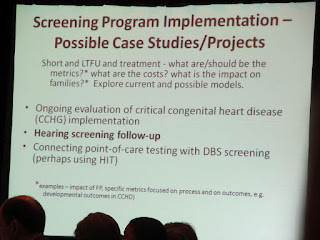 A slide of their talk about CCHD screening. I actually got up and said a few words. :) 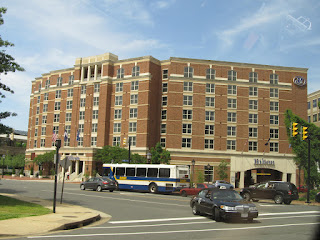 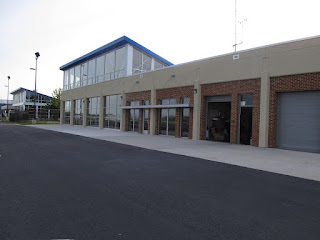 And that was my trip to DC!
I was, and am, very honored to be picked for the Consumer Task Force and to be chosen to represent Baby's First Test in DC. The whole experience is very humbling, educative, and enlightening. I hope to do it again soon!

I also want to say a huge thank you! to everyone who helped me remember Corbin on that day. Some angel mothers just want to be alone on such a hard day (and I don't blame them one bit) but I'm the kind of person who doesn't want to be alone on such occasions. I really do enjoy the company, the talk, and the reminiscing over old memories. Those kinds of things are what helps me through. I like to talk about how I'm feeling. So thank you <3