Today is Congenital Heart Defect Awareness day!
I am sharing the story of a little boy that could have died at home, if not for a simple, painless, and non invasive test called pulse ox.


Hi, my name is Michele and here is my son Dylan's story: When I was 13 weeks along and having my "nuchal fold" ultrasound they found a spinal anomaly. At the time he was so young and they thought that it could have been just how he was turned in the womb and they were not too concerned. I came back two weeks later and they confirmed that there was indeed something going on with the spine. I was then referred to Children's National Medical Center (CNMC) in Washington, DC to have a more complete ultrasound. After out initial scan at CNMC they told us that Dylan had what was called a hemi-vertebrae. Everything else looked normal and he continued to grow as expected.

We were followed up at Children's for the rest of my pregnancy and because this abnormality was not life threatening and everything else looked fine, I was cleared to deliver at the hospital of my choice with no intervention. Dylan was born on Thursday December 6th in the late morning at Holy Cross Hospital in Silver Spring, Maryland. He was full term and had an unremarkable delivery. There was a neonatologist present at the birth, because of the pre-existing knowledge of the hemi-vertebrae, and he checked out fine. We had two "normal" days in the hospital and were gearing up to go home. Early in the morning the pediatrician who was on call that Saturday came to talk to us, and I assumed to give us the green light to be discharged. How wrong I was. She told us that he had had an abnormal Critical Congenital Heart Defect (CCHD) screening result. This is a pulse oximetry test that measures the oxygen saturation in the blood. His saturation was 100% in his upper extremities and between 82% and 86% in his lower. She was not overly concerned and even told us that is was probably nothing and that his body was just regulating. She wanted to be sure though and asked that we stay to have an Echocardiogram performed. Since it was a Saturday and there was nobody on staff at Holy Cross to do the Echo, we had to wait for a cardiologist who was on call in Northern Virginia to finish and make his way to Maryland.

About 6 hours later, he showed up and within 5 minutes of the Echo being over Dylan was whisked away to the NICU. My mind was spinning. We were packed, I was dressed, Dylan was dressed and we were supposed to going home. Now I was told that Dylan was born with multiple Congenital Heart Defects and would have to have open heart surgery soon or he would die. I was alone hearing this news as my husband had to leave to go get our 2.5 year old son from the babysitter. As I sat in the conference room with the neonatologist, with my husband on speakerphone, listening to him explain what was wrong and what they were doing now, I thought that this could not be my life. Just a few hours earlier, we had everything going right, and now our sweet baby was going to be cut open and have major surgery. Within a few hours of being sent to the NICU at Holy Cross, the transfer team from CNMC arrived to take Dylan to their hospital to figure out our next steps. Dylan had 3 issues going on in his heart. 2 really bad and one kind of bad but in Dylan's case, good. He had an interrupted aortic arch (which meant no oxygenated blood was traveling to his lower extremities) and an aorta pulmonary window (which is an opening in the pulmonary vein and the ascending aorta so there was mixing of oxygenated blood and unoxygenated blood). The good thing was that there is a vessel that is open in utero and closes soon after birth (the Ductus Arterosis) that for some reason did not close that quickly. This is the only way that any blood was reaching the lower part of Dylan's body. When he arrived in the NICU at Holy Cross he was immediatly statred on a drug called Prostaglandin. This drug was keeping the Ductus Arteriosis open and buying him time to get to the operating room. On Thursday December 13th, 7 days after he was born, Dylan had open heart surgery to repair the 3 defects. We left Dylan in the pre-op area with the anastesesia team around 8:15 am and then just had to wait. We were given a pager and were able to wait back in his room in the CICU (cardiac intensive care unit). The sent 4 updates total and at 12:26 pm we got a text that he was off bypass and his surgeon, Dr. Sinha, would be out soon to talk to us.

The moments it took from the time we saw him and the time we were seated in the consultation room hearing "everything went fine" we're the longest and most stressful I had experienced to that time. He said that Dylan did great. He was on bypass for just over an hour and circarrest (no blood to the brain) for only about 15 minutes which is excellent. He said that the next 24 hours were going to be the most critical and if he made it though the night he would feel much better about his recovery. The next 24 hours were indeed hard and they were definitely the most stressful of my life. All of the moments of the past week that I though were bad, were NOTHING compared to this. I consider myself incredibly strong and I never back down from anything but I actually had to go home from the hospital because I was unable to handle the ups and downs that post-op was presenting. Dylan is also incredibly strong and he fought and fought and survived. He was in the hospital relearning how to breathe and eat for another 15 days and on December 30th we were released from the hospital and were headed home!! He is doing really, really well at home and if you didn't know any better, you would think nothing had ever happened to him. At his 6 week post-op visit with his Cardiologist she said that everything looks great and his heart is fully repaired. There is nothing leftover from the surgery to worry about. She said that all I needed to do now was to love him and watch him grow! 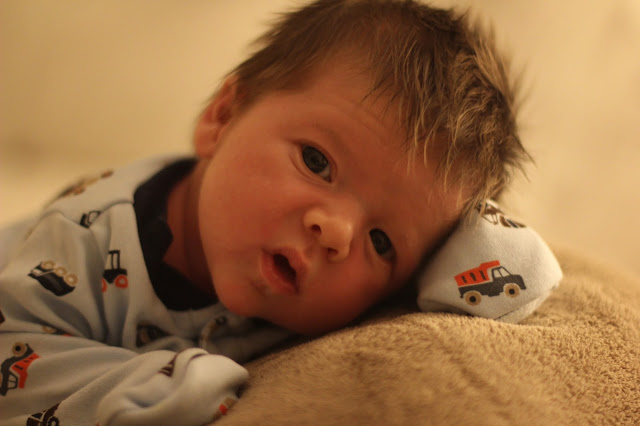 He will probably have to have another surgery to repair the hemi-vertabrae in about a year but that is another story, for another blog. We are so grateful for all of the staff at Holy Cross and CNMC. Everyone did their jobs and we were definitely in the right place at the right time.

If I had delivered in DC, where I live, this story could be very different. The CCHD screening is not mandatory in DC hospitals and Dylan would have most likely been discharged.


We were told that if we had been discharged the he would have gotten sicker and sicker and either would have died of heart failure at home, or we would have been able to get him to the hospital but our options would have been limited because of the stress his body had been under. We are especially thankful for the on call pediatrician that Saturday. She is the one who made the call to keep us there and to follow the newly implemented protocol. The CCHD screening told her there was a problem and she acted. We are grateful for everyone who has worked so hard to get the CCHD screening legislation passed in 7 states and the others that are still in process. Thank you, thank you, thank you. 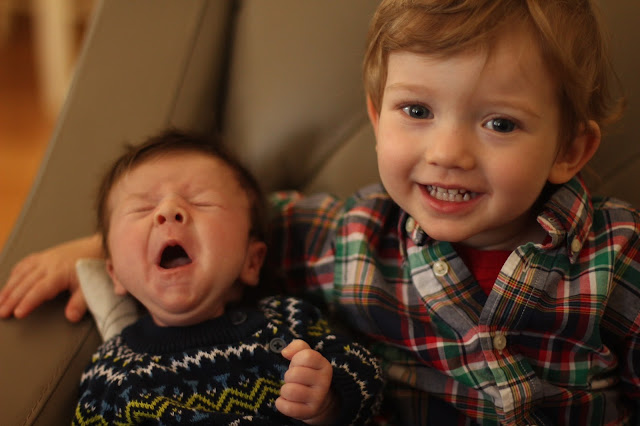 This may be the last day of CHD awareness week, but that does not mean the awareness stops! Keep sharing, keep talking to your friends, keep handing out fliers; keep spreading awareness and we can save lives together!
Share this post- you never know who may see it and because of reading it, ask for a pulse ox on their baby.

Posted by TheCorbinStory at Thursday, February 14, 2013