I received this email last week from a mom of twins, both born with CHD's. It is incredibly hard to read an email from someone you have never met, sharing their story of CHD diagnosis and child loss. At the same time though, I am thankful that by finding my story that they feel " a little less alone".
Here is her story..

Hi, I saw your story posted today on Facebook. One of our twin daughters was born with 3 CHDs. I, too went to full term in my pregnancy and delivered via c-section. I had many ultrasounds and no complications. We conceived via IVF after not being able to get pregnant for 7 yrs. On the day I delivered (May 26th 2011) they discovered a murmur in Riley and ran the pulse ox screening and an EKG but all was normal. They discharged us 3 days later and said we will see you at your 2 week check up unless something changes. No sense of urgency, no reason to worry, I mean why? They were so casual about it all and made us believe everything was fine. No list of things to watch for or anything. Other than some slight bluing of her hands and feet, she didn't seem any different than her twin sister Reagan. Day 8 of Riley's life, she began to have very labored breathing and that is when we had a gut feeling something wasn't right; we made a phone call to the on-call nurses and they directed us to the ER.

That is when our life turned upside down.

After 3 hours of trying to determine what the issue was, it was found on an X-ray that her heart was swollen to 80% of her chest cavity. They intubated her then started a line through her umbilical cord since her veins were useless. After rushing her to the local children's hospital in Portland, we learned after an echo, that she also had an interrupted aortic arch, a pulmonary window, and an ASD. She would not have made it through the night had we not brought her in when we did.


We baptized the girls together the next day and then Riley had surgery on Day 11 of her life. She had complications with extra bleeding after the surgery but overall her repairs went very well, and they left her chest open for possible swelling. She had complications with fluid in her lungs and other build up which added extra time before she could be extubated. She eventually continued in the right direction. Other than some minor, but very manageable issues with her lungs, she was recovering well. We struggled with some feedings but overall was moving in the right direction. Lots of echos and X-rays that were very good results and she was off all the monitors. They decided she was ready to go home and was ahead of the curve as it related to recovery. The cardiac team is very conservative so if they felt she was ready, she was ready even if 10 days post surgery. We packed her up and brought her home to join her twin sister at home. We got a few pictures did a feeding that went well. We held her a lot and tried to do the next feeding and she struggled a little. I decided to nap with her while my mother napped with Reagan. Riley woke up from her nap crying and I picked her up and noticed her lips looked a little translucent and grey. I thought I was being overly sensitive, grabbed my hospital folder of things to look for, symptoms of concern and didn't see anything that looked like Riley. I kept looking at her and she would look okay, then not okay... sleepy and then crying a little, grayish lips, not grayish lips....this went on for about 10 minutes. I decided to call my husband who was about an hour a way working that day and telling him what I was seeing and the she was breathing a little differently, then sleeping, this rotated for another 5 min or so. I lost connection with my husband and when he called me back moments later, I noticed that Riley wasn't moving and wasn't breathing.

I immediately hung up and ran with her in my arms to my mother and that's when I called 911 and started to administer CPR. The whole time I was performing CPR, I knew in my heart that she was gone. She was gone in my arms minutes earlier. After the hospital ER trying to save her for another hour, we all knew it was over. I was not equipped to know how to help her or even to recognize what was happening. Not after she was born or even after we were discharged that day. We did have an autopsy and learned that it was very difficult for them to clearly determine cause of death. Her heart repairs were intact, however her lungs were full of fluid. Most intelligent cause of death was pulmonary hypertension. Her cardiologist almost but assured me that if we were in the hospital, there may not have been anything that could have been done in her case. Her death was super surprising to the whole PICU staff and the cardio team and her surgeon. They felt confident this would have been her only surgery, she was given a 95% success rate.


Like you, having another child is a challenge and a blessing. However, my other child is her twin sister. We left the ER that day without our baby to walking into our home and be handed Reagan. I truly don't know what I would have done during this very dark time or would be today without her. We did find out that Reagan also has CHD's- a very small ASD and slight pulmonary stenosis. Neither will ever require surgery or are life threatening so we just monitor it with Echo screenings every 6-12 months. They have been progressively resolving themselves as the cardiologist predicted, so hopefully it never becomes something serious. However both occurrences with the girls are random, nothing genetic. I am still very worried about having more children though. I have to give that to God and let Him lead us in this avenue.

Overall, my husband and I are doing fairly well. However, my husband has struggled with depression and anxiety ever since. This was foreign for us as well. He had a serious panic attack about 1 month after her death. Our faith has been our foundation. My husband was no where near as strong in his faith before this event but has transformed in more ways than one. But the continued depression and anxiety has made everyday functioning very challenging for him. No one, even our therapists and support groups can understand why he is emotionally affected in comparison to me, but I think it is just another part of Gods plan. He is all knowing and we trust in his grace and mercy in the life. We know He has Riley and she is in zero pain and is whole again. But we really wish we could have her with us here. Part of this journey is the loss of the dream of my twin girls in life and all that would have been a part of that experience. I have been reading a lot of stories of other CHD babies and truthfully, I can't believe how different life could have been with her here. It may not have been the dream I had in my head, she may not have been normal like her sister Reagan. 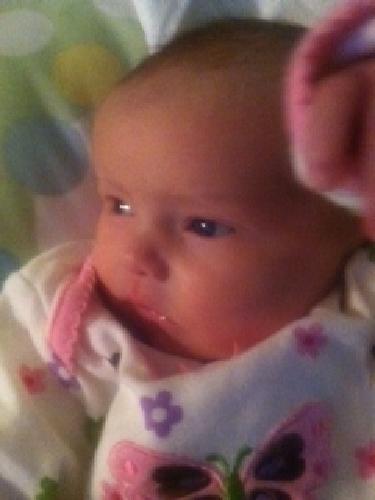 Thank you for putting your story out there. Many times I feel so alone. It seems like things work out for other families that may be affected by CHD, but it didn't for us. Also, I haven't met another person that had a baby with an interrupted aortic arch. It may just been the medical term for it that I don't recognize but I felt a little less alone today.

If you are a parent of a child born with an IAA, please comment below and share your story with this mom; let her know she can always find comfort and support and never feel alone again.

Posted by TheCorbinStory at Thursday, February 21, 2013