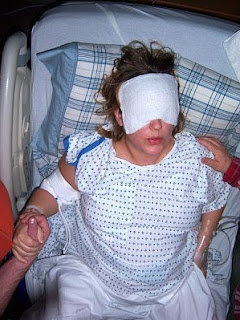 That was a rough day.

Almost 24 hours of back labor only to have a C-section.
Geez...I wish they could have told me sooner that my son's shoulders were those of a linebacker. Would have saved me all the breathing exercises.

But the result was worth every second. 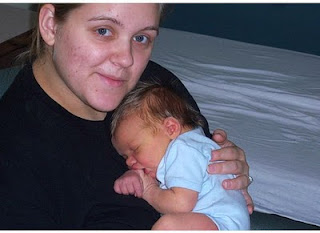 9 pounds, 4 ounces of beautiful blue eyes and a head of hair Burt Reynolds would be proud of. I love this picture so much simply because he looks so soft.

Ignore the absence of makeup. I wasn't really thinking about how I looked when I realized I was in labor. I just hightailed it to the hospital.

They weren't kidding when they told me my first shower after giving birth would be heaven. Although mine wasn't as pleasant with my (what seemed like) humoungous c-section incision that prevented me from bending down lest I succumb to stabbing pain.

All incisions and pain meds aside, I am to this day, amazed by how immediate my love exploded for this child. I was instantly and undeniably head over heels for that little man. I couldn't get enough of how wondrous he smelled, how so very dark blue his eyes were, and how he could hold his head up from day one. He is my pride and joy.

Fast foward five months to July.
I invited my parents, my brother, my best friend and her hubby and daughter, and another friend and her hubby and son to a Fourth of July bar-b-que that evening.
The day started out with the shortest parade I've ever seen.
It including three floats, carrying some kids and the class of 1964, some classic cars, and a horse and carriage.
If I would have blinked, I would have missed the whole thing. 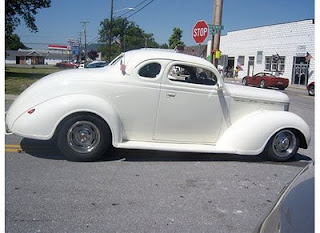 Next was a little sight-seeing with my mom, brother, and the baby. I drove them north, following the river, stopping along the way to admire the mountain views and the occasional waterfall. 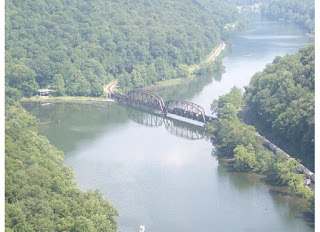 We stopped for lunch at a little Italian restaurant. 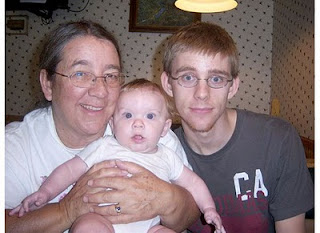 Later that day, my best friend and her hubby came over to go fishing. Rachel was the only one to catch anything.
We all wanted to push her into the pond. 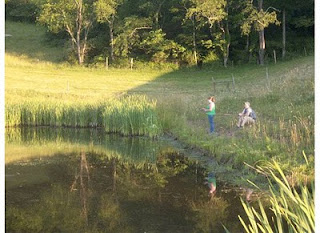 After dinner, my parents and brother went back down to Virginia. Me, my hubby, my best friend, and her family headed to Alderson for the "big" Fourth of July fireworks display. 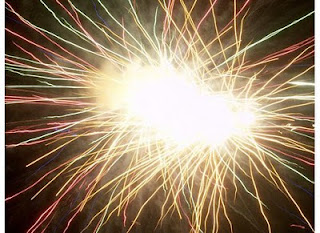 
After a short show with a lot of patriotic displays and songs, I made an announcement I had been holding back since the bar-b-que. 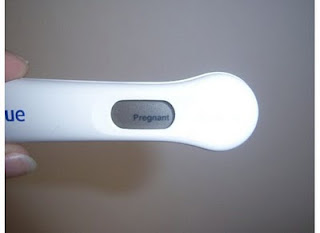 
Rachel didn't believe me when I told her. I don't blame her, considering I had just given birth a couple months ago. 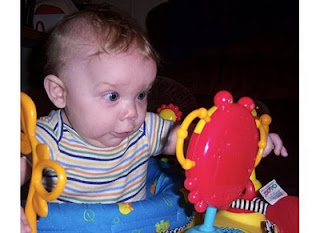 The baby couldn't believe it either.

The next couple months brought a wave of milestones.
August brought swinging. 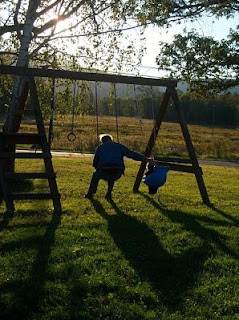 The baby started getting really mobile around 6 months, rolling around everywhere.
In September, he learned how to pull himself up onto his feet.
By October, he was walking. 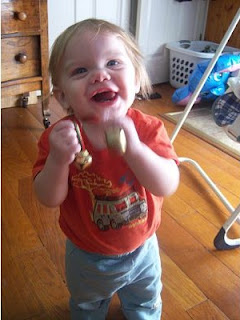 Along with a couple teeth, my boy was growing like a weed. One minute he's tiny and cuddly, next he's zooming around the living room, refusing to stand still.

Me and the hubby got to take our first real vacation together this year. 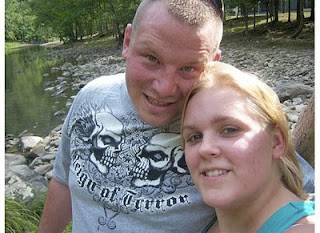 For three days it was just us two, eating overpriced cheesecake and doing a whole lot of relaxing. I really enjoyed our time together and didn't worry about the baby near as much as I thought I would. Turns out, he did just fine without me. I look foward to our next vacation. :)

By the end of the year, I had matured as a person and learned a LOT as a new mother. I know the difference between an "I'm hungry" cry and an "I'm just whining" cry. I can smell a dirty diaper two rooms away and fix babys breakfast with one hand.
Don't forget I'm pregnant.
My mood swings have increased ten fold since my last pregnancy. I really give the hubby kudos for putting up with me. I get on my OWN nerves, I'm so irritated all the time.

Overall, it's been a fantastic year. I have grown closer and fallen more in love with my husband. I have brought a smart, funny, silly child into the world, and I have loved every second of it.
I can't wait to see what this year brings!
Posted by TheCorbinStory at Saturday, January 01, 2011